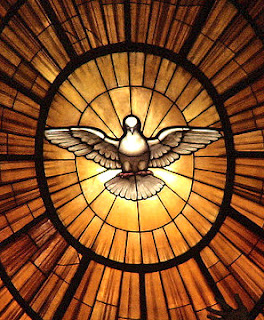 It is interesting that the preliminary speculation about who might be elected by the College of Cardinals to succeed Pope Benedict XVI seem to follow a "secular election mentality."  The American media, in particular, are viewing this opportunity in the Church from the perspective of American political elections.  Wrong.

That is, the speculation is upon geopolitical, demographic, and even "power" propositions.

Fortunately, the election of the Successor to St. Peter is in the power of the Holy Spirit, not earthly electoral pundits.

I recall so vividly in 2005 participating in the Conclave which elected Pope Benedict XVI.  The presence and power of the Holy Spirit were palpable.  There was no secular voice or influence.  It was incredible.

The People of God in the Church can fortunately anticipate a similar process in which the grace and presence of the Holy Spirit will prevail.