On March 31, 1927 Cesar Chavez was born.  And each year, March 31 is marked across California as a State holiday in his memory.

It was my privilege to know Cesar Chavez when I was a priest of the Diocese of Fresno, and to work with him over many years as the secretary to the U.S. Bishops' Committee on Farm Labor, headed by Bishop Joseph Donnelly, then Auxiliary Bishop of Hartford, Connecticut.  Cesar died on April 23, 1993, it was a grace to be able to celebrate his Funeral Mass at Delano, CA where the farm worker union got its real start.

To mark this year's anniversary of his death, two films and a new book have been issued:

Documentary Film:   Cesar's Last Fast      This documentary shows many clips of footage from the days and years of Cesar's work in the fields, along with various portions of interviews with the major close collaborators of Cesar over the years.  The documentary offers helpful insights into the incredible effort by Cesar Chavez to bring dignity to farm workers, and to have them receive a just wage, employee benefits, and the right to bargain collectively with the farmers.

In my opinion, the documentary would have been far more powerful and successful if there were fewer scenes of "talking heads."  Various old film footage could have been interwoven with several vignettes from a broader base of collaborators--especially more farm workers themselves.

Major Motion Picture:   Cesar Chavez      This motion picture opened across the country in many theaters, and captures the beginning of Cesar's efforts up to the signing of a large number of contracts with the growers of table grapes in the greater Delano area.  The end of the film indicates that this event would be followed five years later by the enactment in California the the Agricultural Labor Relations Act, the first genuine effort to extend many of the rights of the National Labor Relations Act [1935] to agricultural workers.  Sadly, until this day, both agricultural workers and domestic employees remain excluded from coverage under the NLRA.

Governor Jerry Brown appointed me to serve as the first Chairman of the State's new Act to give the right to secret ballot elections to farm workers, and to conduct those elections, certify the results of the elections, and to handle all complaints of unfair labor practices.

Major New Book:      The Crusades of Cesar Chavez  by Miriam Pawel  (2014:  Bloomsbury Press, New York).  In my opinion, this is probably the most comprehensive and accurate book on the life and work of Cesar Chavez.  It is extremely factual, and Pawel lets those facts speak for themselves.  She has no agenda or desired outcome in the book.  The book highlights the complexity of Cesar Chavez as a person, and does not hesitate to point out all of the virtues and shortcomings of Cesar's work in trying to organize California's farm workers.

If you are interested in obtaining one of the best books on Cesar Chavez, this is the one.

While the life and work of Cesar Chavez is indeed complex, in the long view, he followed God's plan for him and gave his entire life and energies on behalf of farm workers.  Could he have done some things differently? Of course.  But that is true of every single one of us when we look back on our lives and our work.

Some 21 years after the death of Cesar Chavez, these two films and one book serve to capture the totality of a man motivated by his deep faith in God and his trust that God's grace would help bring about lasting justice for the millions of people who produce the food that we all consume day after day.

SACRAMENTO –Bishop Jaime Soto, President of the California Catholic Conference of Bishops, released the following statement:
During this Season of Lent, we, the Catholic Bishops of California, invite the Catholic community and other Californians of good will to exercise restraint in the use of water as an expression of solidarity with those whose livelihood and welfare are at risk due to extreme drought conditions. 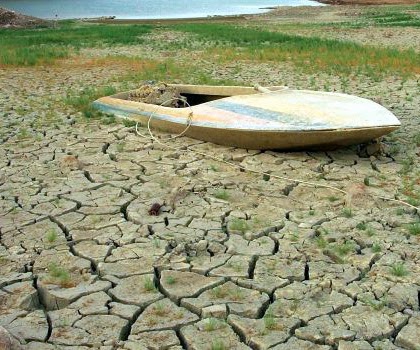 Lent is a holy, penitential season in the Catholic Church's liturgical year, reflecting the forty days Jesus spent in the desert in fasting and prayer.   In this time, Catholics unite themselves with the Lord Jesus in the struggle to overcome the power of evil and the slavery of sin.  We do so with prayer, fasting, abstinence, as well as other penitential sacrifices, and charitable works.
This year, Californians are in an actual desert as an historic drought looms over us.  Farmers cannot access sufficient water to raise their crops. Fields will remain fallow.  Men and women will be left standing without work.  Access for children and families to clean, drinkable water is uncertain.  Legislators struggle to craft an equitable public policy ensuring the State’s present and future water needs.
We are starkly reminded in this time of drought of our dependence on the Creator. The fragile relationship between ourselves and the creation that God has made to sustain us is threatened.  Our human dignity relies on access to water.  That same human dignity is diminished when we let this precious resource slip carelessly through our hands.  The creation entrusted to us is a common heritage and requires us to work together as responsible stewards for the common good, especially mindful of the weak and vulnerable.  As the economic and health impact of the drought grows those with limited resources will be the first to suffer.  Wise conservation practices will mitigate those effects.  They also serve as concrete acts of solidarity giving life and hope to other fellow Californians.
During this Lent, we pray that God opens the heavens and lets His mercy rain down upon our fields and mountains.  May we receive the grace to better conserve our natural resources and expend our energies in works of charity so that justice and mutual respect may flow like a river through the cities, towns and fields of our State.  Looking towards the sacred days of Easter, we hope that God’s wisdom and joy may rise like a fountain of living water in the hearts and minds of all Californians.

The prophet Isaiah sets forth a good road map for the type of fast which is pleasing to God as we begin our annual Lenten Journey:

"Lo, on your fast day you carry out your own pursuits, and drive all your laborers.  Yes, your fast ends in quarreling and fighting, striking with wicked claw.  Would that today you might fast so as to make your voice heard on high!

Is this the manner of fasting I wish, of keeping a day of penance:  That a man bow his head like a reed, and lie in sackcloth and ashes?  Do you call this a fast, a day acceptable to the Lord?

This, rather, is the fasting that I wish:

releasing those bound unjustly,
untying the thongs of the yoke;
setting free the oppressed,
breaking every yoke;
sharing your bread with the hungry,
sheltering the oppressed and the homeless;
clothing the naked when you see them,
and not turning your back on your own.

Then your light shall break forth like the dawn, and your wound shall quickly be healed; your vindication shall go before you, and the glory of the Lord shall be your rear guard.

Then you shall call, and the Lord will answer, you shall cry for help, and he will say:  Here I am!

If you remove from your midst oppression, false accusation and malicious speech; if you bestow your bread on the hungry and satisfy the afflicted; then light shall rise for you in the darkness, and the gloom shall become for you like midday;

Then the Lord will guide you always and give you plenty even on the parched land.  He will renew your strength, and you shall be like a watered garden, like a spring who water never fails.  The ancient ruins shall be rebuilt for your sake, and the foundations from ages past you shall raise up;  'Repairer of the breach,' they shall call you, 'Restorer of ruined homesteads.'"  [Isaiah 58: 1--12]
Posted by Cardinal Roger M. Mahony: at 4:51 AM