While I have no personal information on some of the specific allegations against our Holy Father, Pope Benedict XVI, when he served the Church of Munich in Germany, I am able to assert without hesitation the action steps which he undertook in the Congregation for the Doctrine of the Faith when he served as Prefect of that Congregation.

Beginning in that dark year of 2002, the then Cardinal Ratzinger responded quickly and affirmatively to all of our requests for assistance here in the United States. 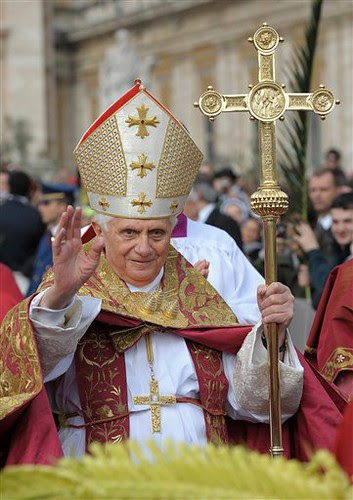 Recall that Canon 1324, par. 4, states that in Canon Law a minor is a person under the age of 16 years. However, in the civil laws of the United States, a minor is deemed to be a person under the age of 18 years. After we brought this gap to the attention of Cardinal Ratzinger, the canonical age was also raised to 18 years to accommodate civil law in our country and in other countries.

With respect to the processes of dealing with cases of alleged sexual abuse by priests in our Archdiocese, Cardinal Ratzinger and his Congregation responded swiftly and gave us advice on how to proceed with each of these cases. We never had delays or a lack of proper response.

Without the proactive and helpful assistance of Cardinal Ratzinger and the Congregation over these years, the Archdiocese of Los Angeles would never have been able to move forward aggressively to remove priests from ministry who were proved to be guilty of the sexual abuse of minors.

The Congregation continues forward with the same vision and policies of then Cardinal Ratzinger, and I am grateful to the present Prefect and staff of the Congregation for their proactive efforts to assist us in our local Dioceses and Archdioceses to remove from active ministry any priest or religious found guilty of the sexual abuse of minors.

We have had a large number of former priests and religious returned to the lay state under the auspices of Cardinal Ratzinger and the Congregation for the Doctrine of the Faith. Without those insights by the Congregation, many guilty priests would still be considered priests in our Church. That is no longer the case.

All of the procedures and processes which Cardinal Ratzinger implemented over the years have helped me and the Archdiocese of Los Angeles resolve many unfortunate cases in a manner to make certain that the Church is a safe place for all peoples, especially children and young people.
Posted by Cardinal Roger M. Mahony: at 7:01 PM