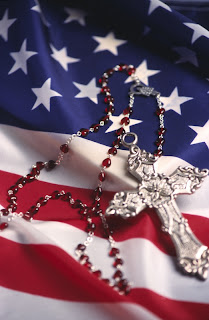 Mr. President, you are trying to resolve the wrong problem. Your HHS new federal rule governing mandated health care services is not just about women's services and who pays for them.

Rather, the real question is what protections and guarantees are afforded Americans and our various institutions by the Constitution. Your ill-placed focus should be frightening to all Americans.

Freedom of conscience and religious liberty are not concessions grudgingly granted by the Federal Government--either directly, or by way of exemption or exception. Our nation was founded on those basic and inalienable rights as the bedrock of who we are as Americans. Our Constitution was written precisely to reject and to avoid the dreadful English model whereby the king and the government are the granter of all rights, including religious rights--as well as the single power to withdraw, limit, or negate those rights.

As a Catholic American, I am outraged not only by your incredulous contortions to justify your untenable position, I am insulted that you would think that Americans who value and treasure our Constitutional freedoms would even question your overreaching infringement on individual freedom of religion and freedom of conscience.

Your "accommodation" actually makes the entire matter far worse. Every effort must be undertaken to reverse your ill-conceived revocation of our Constitutional rights.

I encourage all Catholics and millions of others of good will in our country to challenge candidates for election to Congress and to the presidency to take a strong stance in favor of guaranteeing and protecting our nation's Constitutional rights.

I fear, Mr. President, that you are knowingly and intentionally trampling upon and reversing our Constitutional rights.